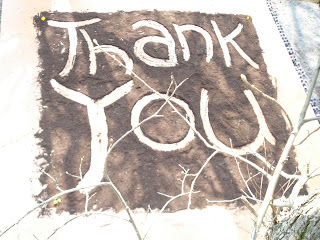 THANK YOU TO ALL OF YOU WHO SUPPORTED OUR WORK THIS YEAR, IN YOUR MYRIAD AND HEARTFELT WAYS - BY ATTENDING PERFORMANCES AND WORKSHOPS, WITH YOUR FEEDBACK, AND BY SUPPORTING US ON FACEBOOK, TWITTER AND THE BLOG!
What an expansive year it’s been!


expandance had a full and exciting year in 2010 and we're looking forward to 2011! This year we performed a total of five new works in two countries, launched two new studios (Dublin and Wicklow, supporting our continued Skype rehearsals with New York) and even found time to have a baby (nice work Laurie.) We also brought three works made in the U.S. home to Ireland. Rachel's Tributaries was presented as part of Illuminating Artists New Works festival at TADA! Theatre, NYC and 3 months later we brought it home, performing it at 'Some expandance evening...' in Dance Theatre of Ireland. Christina's Chi'il Bel Sogno was also shown at DTI along with Making Change, now developed into a trio. Alicia and Laurie's duet little Time / little Space was performed at the Riverbank Theatre, Kildare, and at 'Block T' in Dublin. Rachel's Rock Om, with five new dancers, was shown at Webster Hall, NYC as part of their Quarterly Arts Soiree. And Alicia performed her solo 12 Steps at The George Bernard Shaw Theatre in Carlow. It was a busy year of teaching too, with workshops for adults in New York, teenagers at Shawbrook and Riverbank Theatre, and Over 60s at VISUAL. We are so excited about everything 2011 has in store - see you there! In gratitude - Rachel, Alicia, Laurie & co.
Posted by expandance at 10:00 PM